Workers are seen behind large equipment in the town of Iitate, Fukushima Prefecture, Japan, March 7, 2015. The scenes from the towns and villages still abandoned four years after an earthquake triggered tsunami breached the defenses of the Fukushima Daiichi nuclear power plant, would make for the perfect backdrop for a post- apocalyptic Hollywood zombie movie, but the trouble would be that the levels of radiation in the area would be too dangerous for the cast and crew. The central government's maxim of "Everything is under control" in and around the nuclear plant, has been a blatant lie since the disaster began to unfold on March 11, 2011, quickly escalating into the worst civilian nuclear crisis ever to happen, with twice the amount of radioactive materials being released into the environment than the Chernobyl disaster in 1986. EXPA Pictures © 2015, PhotoCredit: EXPA/ Photoshot/ Liu Tian 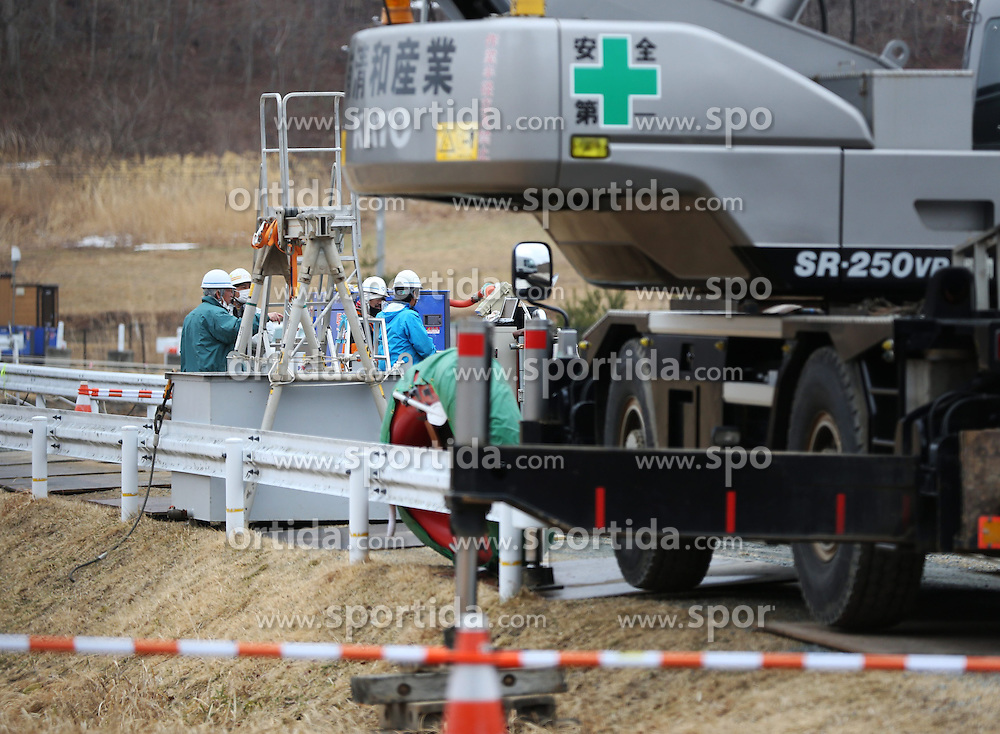