Romain Loeffel of Switzerland and Reto Schappi of Switzerland vs Mark Scheifele of Canada during the 2017 IIHF Men's World Championship group B Ice hockey match between National Teams of Canada and Switzerland, on May 13, 2017 in AccorHotels Arena in Paris, France. Photo by Vid Ponikvar / Sportida 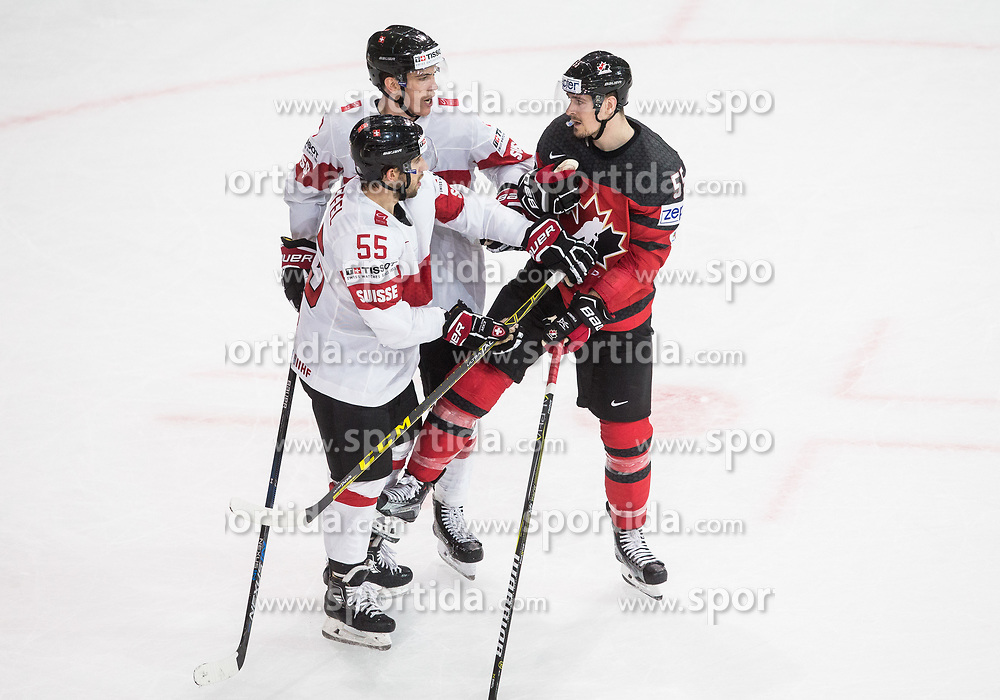