Marcelo of Real Madrid is interviewed after celebration after they won 3-1 during the UEFA Champions League final football match between Liverpool and Real Madrid and became Champions League 2018 Champions third time in a row at the Olympic Stadium in Kiev, Ukraine on May 26, 2018.Photo by Andriy Yurchak / Sportida 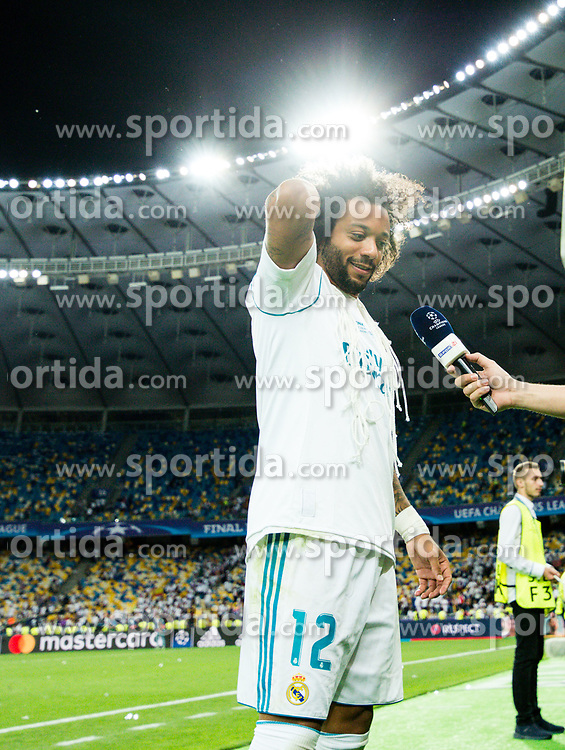