27.09.2011, Prigradica, island Korcula, CRO, The mega popular Hollywood actress Penelope Cruz arrived on the island of Korcula four days ago. She is currently recording her new film 'Venuto al Mondo' and her husband Javier Bardem and her nine-month son, Leon, are with her. After shooting in Sarajevo, she began filming in Korcula. In the movie Penelope Cruz plays a widow who brings her teenage son to Bosnia where his father was killed in the war. The famous family are staying in the luxurious palace Lesic Dimitri located next door to the birth place of Marco Polo. Penelope goes on movie set at island Plocica. EXPA Pictures © 2011, PhotoCredit: EXPA/ nph/ Pixsell +++++ ATTENTION - OUT OF GERMANY/(GER), CROATIA/(CRO), BELGIAN/(BEL) +++++ 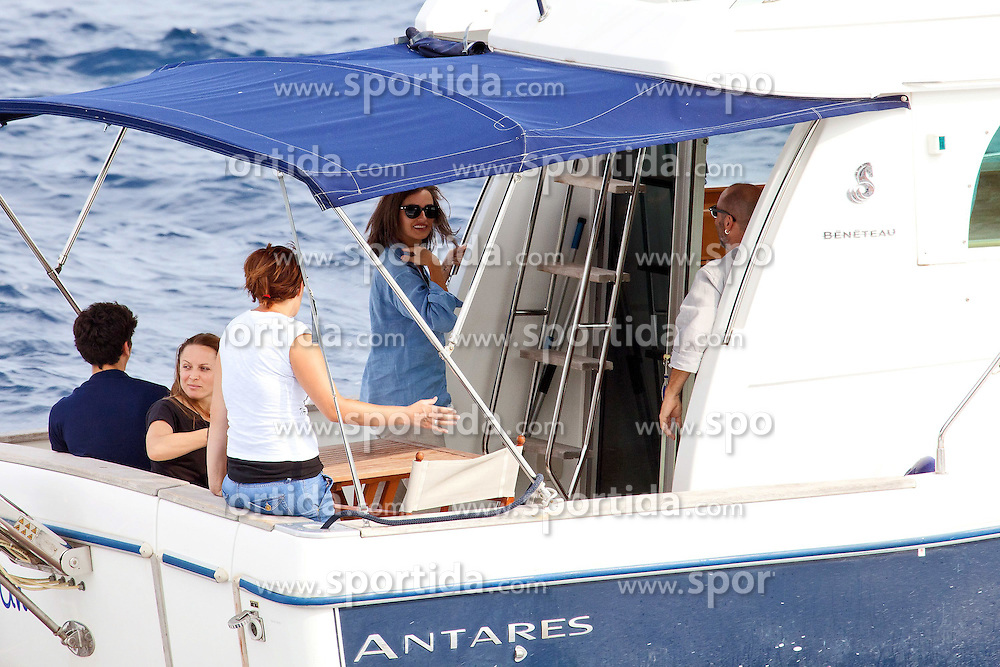