A tobacco farmer works in the field for making Cohiba cigar in west Cuba's Pinar del Rio province, on March 1, 2016. Cohiba is the flagship brand of Cuban cigar. It was first created in 1966 for Cuban revolutionary leader Fidel Castro himself and was then top secret. It soon became Cuban gifts for heads of state and visiting diplomats. Since 1982 Cohiba has been available in limited quantities to the open market. The name "Cohiba" is an ancient Taino Indian word for the bunches of tobacco leaves that Columbus first saw being smoked by the original inhabitants of Cuba. EXPA Pictures © 2016, PhotoCredit: EXPA/ Photoshot/ Liu Bin 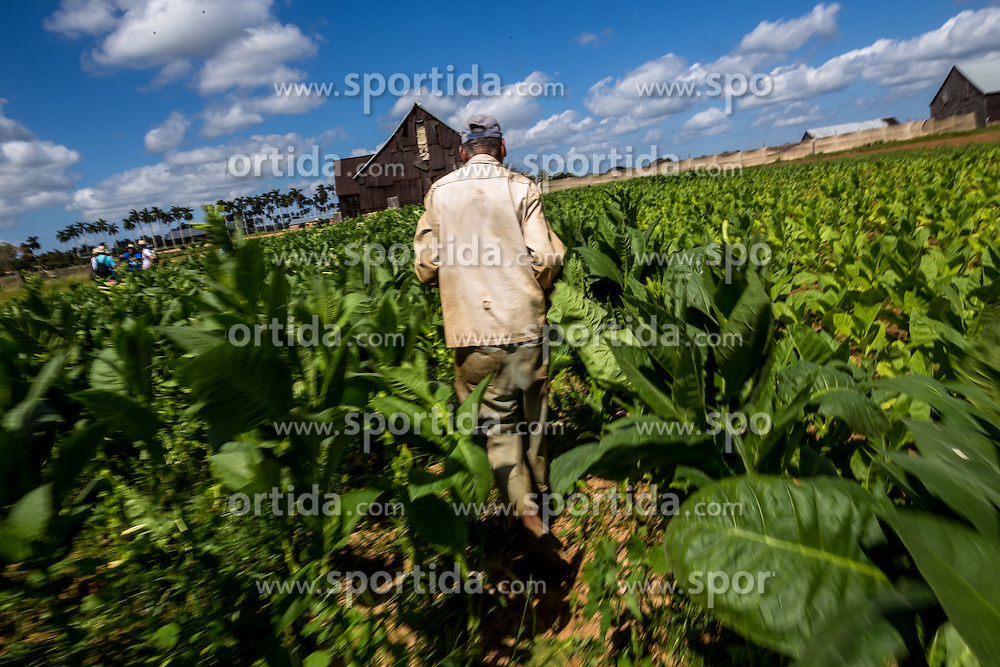